Adventures In Mime & Space: The Legacy of Marcel Marceau

Adventures In Mime & Space: The Legacy of Marcel Marceau 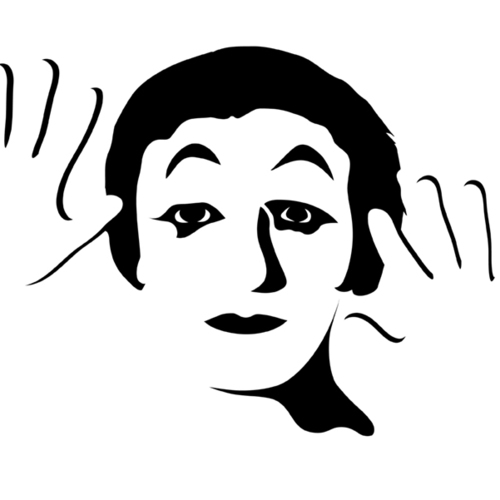 ADVENTURES IN MIME & SPACE: The Legacy of Marcel Marceau

In this tribute performance to the legendary French mimes Marcel Marcaue and his teacher, Etienne Decroux, Rob Mermin shares his memories of training with these great performance masters. Mermin, who the founder of Vermont’s Circus Smirkus, as well as a director, actor, author and producer, explores the metaphors of mime technique and shows rare film clips of Marceau and Decroux teaching, bringing to life the essence of what Marceau called “the silent language of the soul.”  The legacy of Marceau encompasses not only his virtuosity in mime, but also his work in the French Resistance saving Jewish children during WWII. Marceau’s life as artist and humanitarian earned him the respect of the world.

“Like you, dear friend, I live to enlighten dreams. It is our common task to bring light to the art we love, the Silent Language of the Soul.”

— from a Marceau letter to Mermin

“A deeply moving presentation of unusual insight and profundity. The sold out house rose as one to give Mermin a prolonged standing ovation in appreciation.”  — critic D. Rodgers, 2014

“Fascinating, humorous, and poignant. This heartfelt homage to his mentor is as much a display of Mermin’s artistry as it is a tribute to the art of silence.”

Rob Mermin ran off to Europe to join the circus in 1969. That year he also began his training in Paris with mime masters Marcel Marceau and Etienne Decroux. He has a degree in Drama and Literature from Lake Forest College.

Rob has lectured in universities around the country, performed in TV and film in Scandinavia, and is creative consultant for theater and circus worldwide. He was a Dean of Ringling Bros. & Barnum and Bailey Clown College, President of Blackfriars Summer Theater and, in 1987, creator of Vermont’s own home-grownCircus Smirkus.He lives in Montpelier, Vt.

Rob’s awards includeCopenhagen’s World Star-Time Gold Clown; Russia’s Best Director Prize at The International Festival on the Black Sea; The Lund Center’s It Takes A Village Award; the Vermont Arts Council Award of Merit, and the 2008 Governor’s Award for Excellence in the Arts.