All Ages Anything Goes SLAM!, with Geof Hewit

All Ages Anything Goes SLAM!, with Geof Hewit 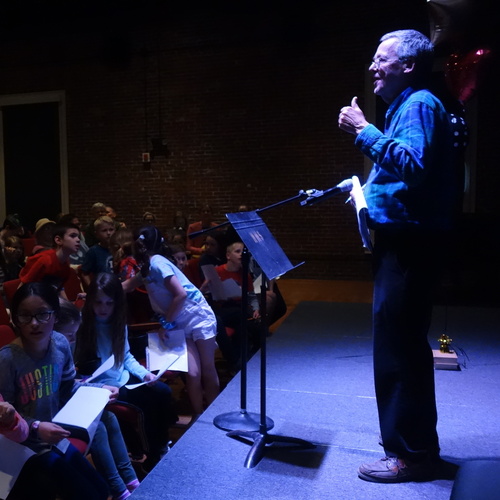 ALL AGES! ANYTHING GOES!

Anyone with something to share (5-minute time limit): sign up at the door! Judges chosen at random will determine the winner of a humongously modest prize.

Geof Hewitt is Vermont's Reigning Poetry Slam Champion (since 2004), Hewitt recently devised the "All-ages Anything Goes! Slam" as a way of offering performance opportunities to everyone in the community. Geof admits that he still holds his title because 2004 was Vermont's most recent Slam Championship. He also admits that he was born in New Jersey, and moved to Vermont as soon as he could. Married to Janet Lind, they have two children and two grandsons. Geof has published several collections of poetry, and three books of nonfiction, including Hewitt's Guide to Slam Poetry & Poetry Slam. His books are for sale at better bookstores and out of the trunk of his car.