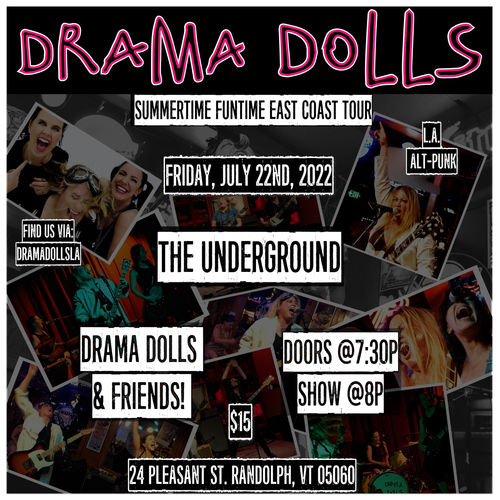 Head down to The Underground on July 22nd for one of our first shows, feat. Drama Dolls from Los Angeles, CA. Supporting act TBA.

On a rare wintery night one January in Los Angeles, California, Scrambles called Doc Egg and TKat to get together and let off a little punk rock steam. On that day, Drama Dolls were born. The Drama Dolls live show is a party of high energy songs that bring danceable joy to anyone in need, with a fun blend of punk rock and solid harmonies. Some may describe them as the Misfits meet the Bangles, others say they are like if the Ramones married the Go-Gos, or even if Metallica had a crazy weekend with Hole.