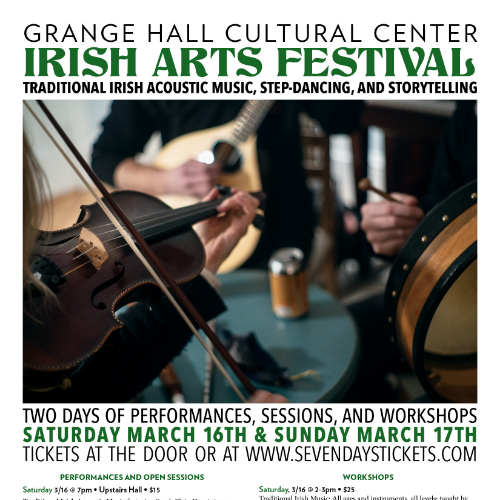 Saturday, March 16, 7-10pm Traditional Irish Acoustic Music in the Upstairs Hall Featuring music by Sarah Blair, Dominique Dodge, and Knotwork With Irish storytelling by Ethan Bowen (Bald Mountain Theater) and step-dancing by Here Comes Treble **Followed by and Open Irish Music Session for audience members to join in with their instruments, voice, or continue to listen and enjoy.

**This concert will be followed by and Open Irish Music Session for audience members to join in with their instruments, voice, or continue to listen and enjoy this unique style of ensemble music.

Annabel Moynihan (Musical Artistic Director of the GHCC Irish Arts Festival) is the founder of The Vermont Music Center in Waterbury, Vermont, serving students from all over central Vermont.She started playing the violin when she was five years old and now performs all over the world in various bands and groups. Knotwork, her band in attendance at the GHCC Irish Arts Festival, plays in the Irish Traditional and is composed of Michael Moynihan, Don Schnaber, John Murray, and herself.

Dominique Dodge is a harper and singer who grew up in the White Mountains of New Hampshire, and now divides her time between Vermont and Cape Breton. She has a passion for melody-driven dance music and responsive, rhythmic accompaniment, as well as for songs, airs, and 18th century harp tunes. Her sound is firmly grounded in the traditional music and song of Cape Breton, Scotland, and Ireland. A former Fulbright Scholar and a 2012 graduate of the University of Limerick with an MA in Irish Music Performance, Dominique also holds a BA Honours in Scottish Music from the Royal Conservatoire of Scotland in Glasgow. Dominique is a dedicated learner of Scottish Gaelic, a profound influence on her music which continues to shape her sense of rhythm and phrasing. She has extensive experience in traditional arts education and maintains a busy and vibrant teaching practice. She has been performing, recording, and teaching traditional music on both sides of the Atlantic for over a decade.

Sarah Blair has played traditional Irish music on the fiddle for 30 years. She has played and taught at concerts, festivals, and dances from Alaska to Florida. She loves teaching fiddle to folks of all ages and backgrounds, from beginners to classical violinists who are interested in the Irish style.

Ethan Bowen is an accomplished professional actor formerly based in New York City and later in Washington DC (Woolly Mammoth Theater Company), now living in Rochester, Vermont with his family and founding Bald Mountain Theater in 2015. With Bald Mountain Theater he has made it their mission to bring great classic stories to life for all ages, especially delving into the ancient characteristic stories to share the hearts of different cultures with audiences of all ages.

Here Comes Treble is Gwen Lybarger and Daria Noonan-Wehmeyer, championship-level Irish dancers who have distinguished themselves in competitions throughout the New England states, as well as in Ohio, Florida, New York, and in several cities in Canada, as well as at the New England regional championships ("Oireachtas"). These South Burlington high school students have been dancing for about 10 years, and study at the McFadden Academy of Irish Dance in Colchester. They are happy to perform again at The Grange, and hope to share with you their love for Irish dance, as well as their love for sparkly dresses! 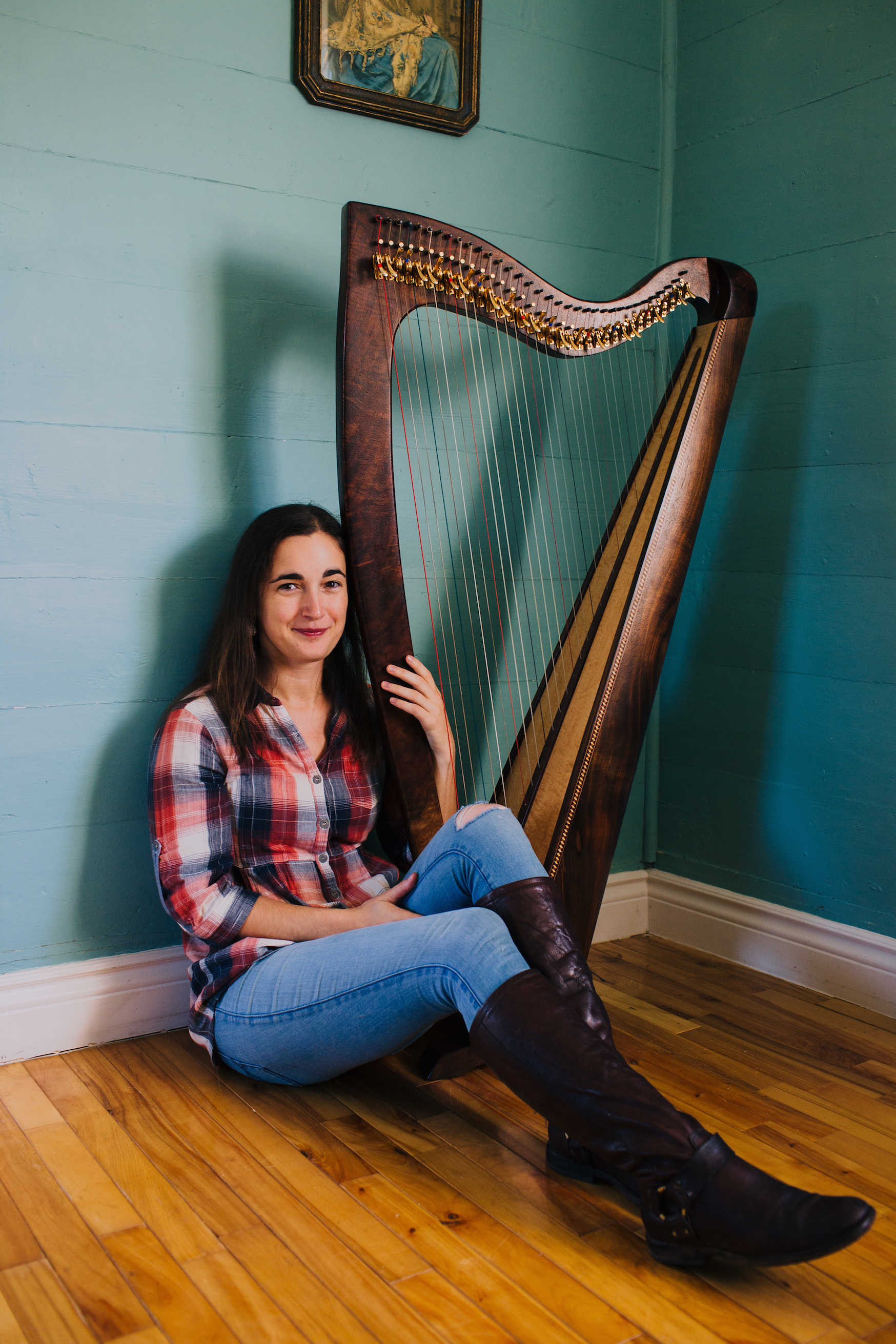 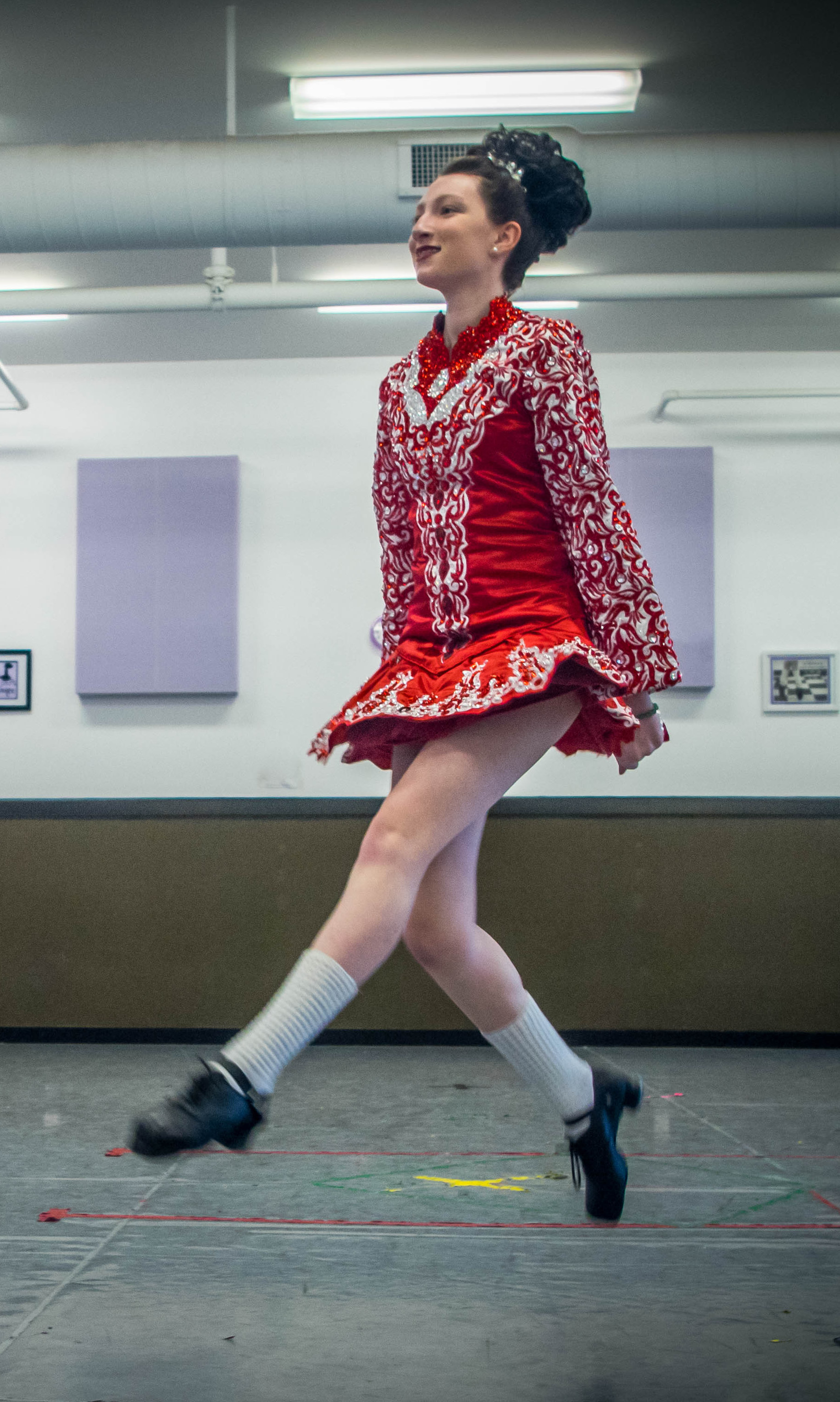 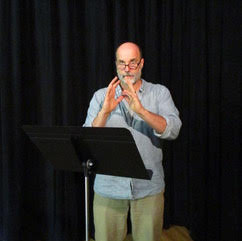 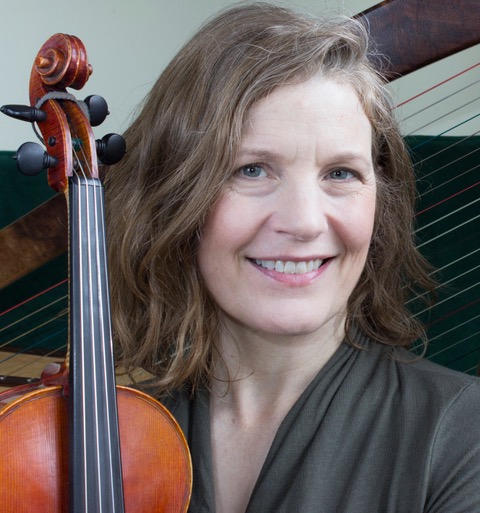 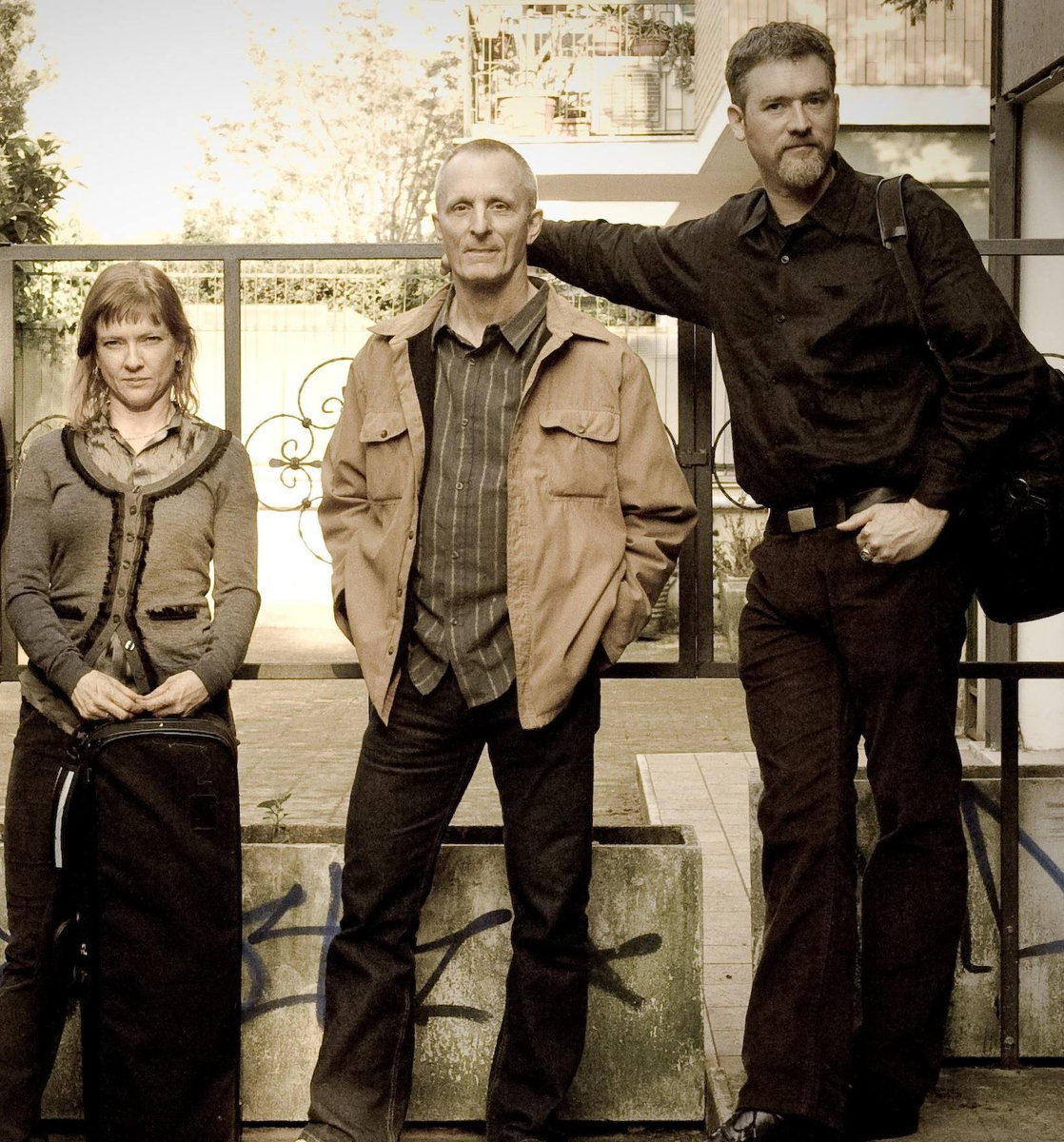