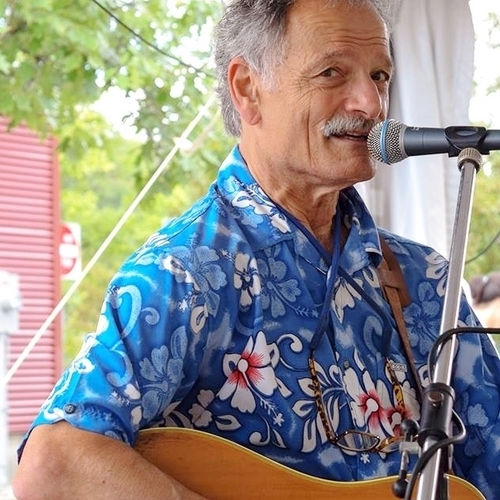 Jon Gailmor sings to and with humans prenatal through prehistoric. He was born in New York City and failed to grow up in Philadelphia, Connecticut, Israel,

Europe, Massachusetts, Rhode Island and, since 1977, Vermont. He has and continues to sing for mammals of all species and ages in every setting under the sun,

from the grapevines of southern France to a tennis stadium in Lima, Peru, a men’s room in Philadelphia with his college barbershop quartet, countless bars and folk

clubs around the country, pre-schools through high schools, universities and everywhere in between.

Jon presents songwriting residencies and workshops for kids, companies, and for any group or person who’d like to compose a song. He performed as Vermont’s

representative at the 25th Anniversary of the Kennedy Center in Washington and in 1996 carried the Olympic Torch through Brattleboro, on its way to Atlanta. Jon has

toured with the Vermont Symphony Orchestra, has released seven albums and lives with his family and lots of other creatures in the woods of Elmore

Jon Gailmor is passionately committed to the power of music, emotions and laughter, and boy do we need all of them, now!