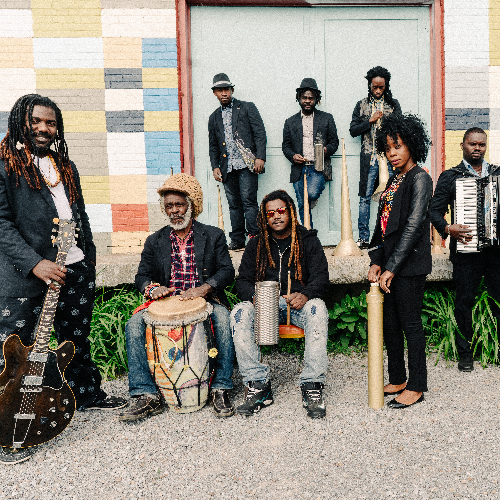 Join BarnArts for a Haitian dance party at the unique setting of Feast and Field, a working farm where 4 small farms share a lease in Barnard, VT. Food and drink is available from Fable Farm and Kiss the Cow.

About the band: Lakou Mizik is a powerhouse collective of Haitian roots music with a soulful energy and a mix of styles that feels mystical and familiar at the same time. In the wake of Haiti’s devastating earthquake the band came together to show the world that their country was much more than the sum of headlines that were being shot around the globe.

Today with their positive messages and roots revival music, they have become one of Haiti’s hottest exports and have gained an international following with their critically acclaimed debut album “Wa Di Yo” and their mystical, soulful, dance party inducing live shows.