Center for Arts and Learning

Center for Arts and Learning 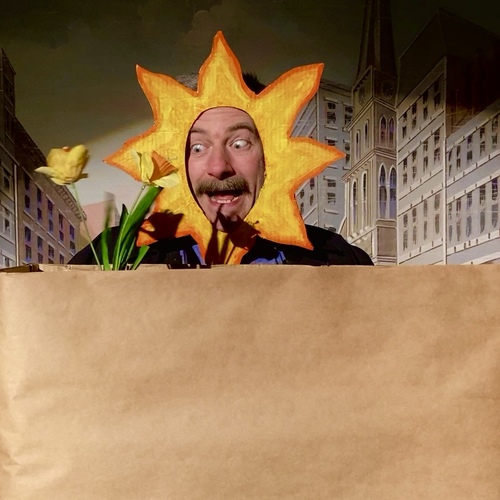 When the world breaks, someone has to fix it. In this comedy in a box, audiences are invited into a fragile universe of cardboard, where the Baffo Brothers keep the sun running on schedule, negotiate with a demanding neighbor, and attempt to keep a changing world from coming apart.

A daring work of puppetry and object manipulation, full of beautiful images, junk music sonatas, and Modern Times Theater’s unique brand of all ages comedy, this re-envisioning of classic hand puppet forms is digital entertainment as it was meant to be: two hands, ten fingers, and no camera tricks.

Puppeteered by Justin Lander and directed by Rose Friedman, The Baffo Box Show was supported by a 2022 Family Grant from the Jim Henson Foundation.

Modern Times Theater has been making and touring puppet shows and variety acts, and creating public community events since 2007. They pursue a radically divergent model of art making, creating venues in unlikely locations, and revitalizing the historic, run-down, and defunct. Working in populist theater forms, they seek to reinvent and reimagine classic American entertainment.

Co-founders Rose Friedman and Justin Lander are a husband and wife duo, producers for Vermont Vaudeville and alumni of the Bread and Puppet Theater.